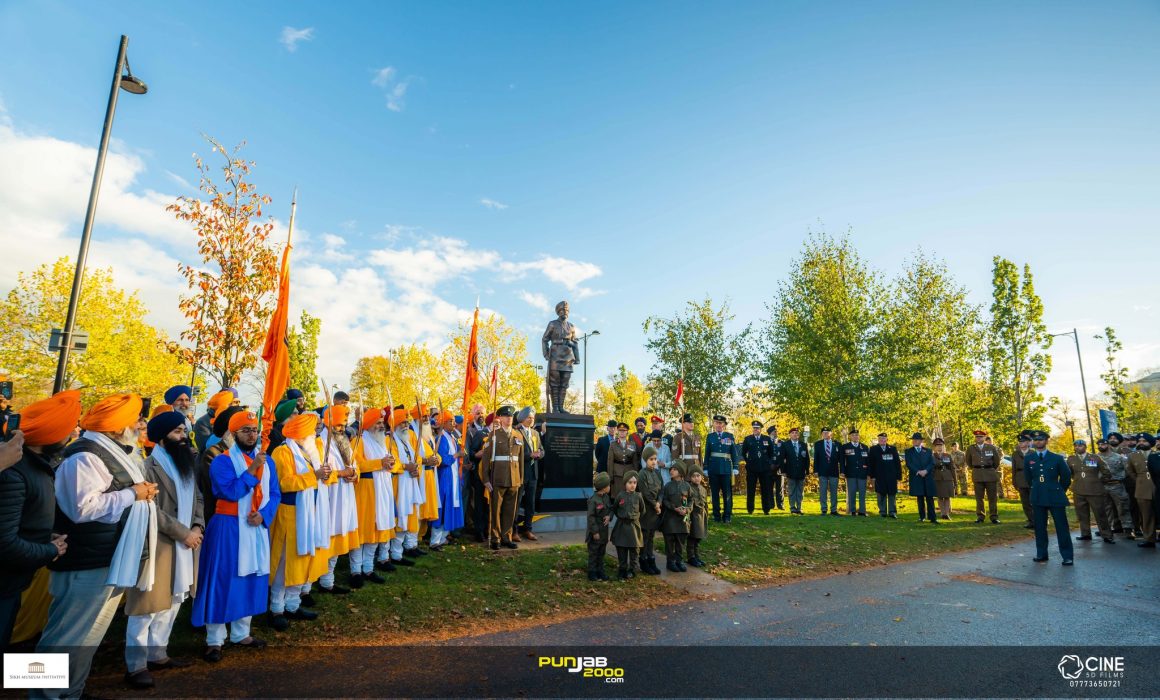 Sunday 30th October 2022 saw the unveiling of the magnificent Sikh War Memorial that in partnership with the Memorial Committee and Leicester City Council, Taran3D has been working on for the past few years.

The bronze sculpture of the Sikh Soldier now stands proudly within the beautiful grounds of Victoria Park in Leicester. It was unveiled to crowds of hundreds including representatives of the King, the UK armed forces, historians, local dignitaries, the local Sikh community and frontline workers.

The statue is dedicated to the fallen soldiers of the Sikh faith who came forward to serve Britain during various Military campaigns. These started during the middle of the nineteenth century through to their involvement in World War 1 (1914-1918) and World War 2 (1939 to 1945).

At the beginning of World War 1, Sikh military personnel numbered around 35,000 men of the 161,000 troops of the Indian Army, around 22% of the armed forces, yet the Sikhs only made up less than 2% of the total Indian population.

Taran3D’s Taran Singh designed the statue using his renowned 3D skillset, combining old and new techniques and taking inspiration from the tens of thousands of valiant Sikh soldiers who have served Britain during various Military campaigns.

Well known for his XR work, Taran is also an excellent sculptor and used his digital and creative skillsets to design this stunning statue. From initial digital designs to 3D-printed maquettes to an augmented reality version that allowed the planning team to see the statue in place, Taran has successfully helped create a truly unique memorial and a remarkable legacy for the Sikh community.