This proposed War Memorial was  designed in order to commemorate the fallen soldiers from India who contributed towards campaigns in the British Indian Army in many global settings including WW1 & WW2.

We were commissioned to design and visualise a new public statue representing the contributions of the Indian Soldiers.

The statue was granted planning permission in September 2020 and will be prominently installed in Leicester’s Victoria Square in 2021. 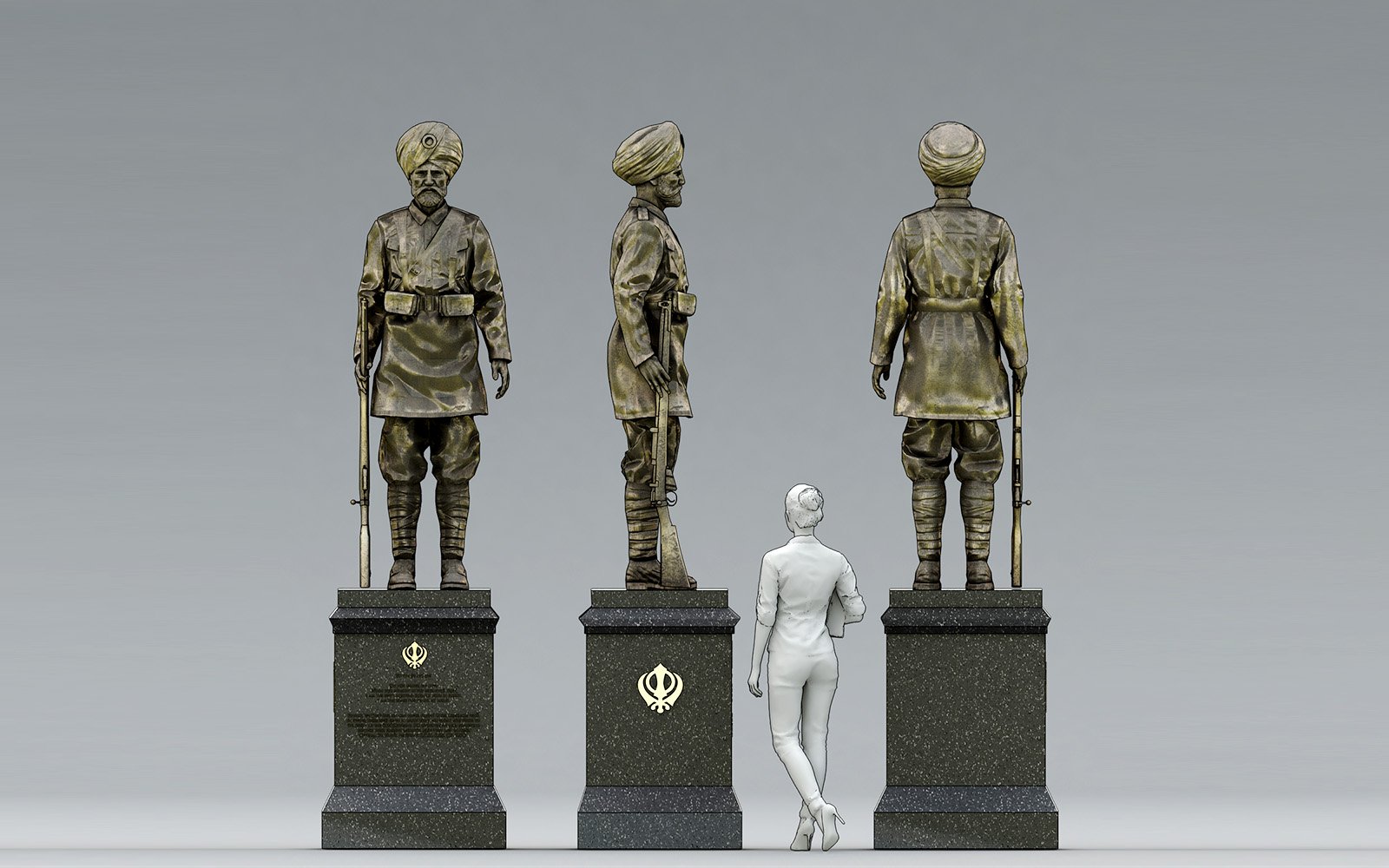